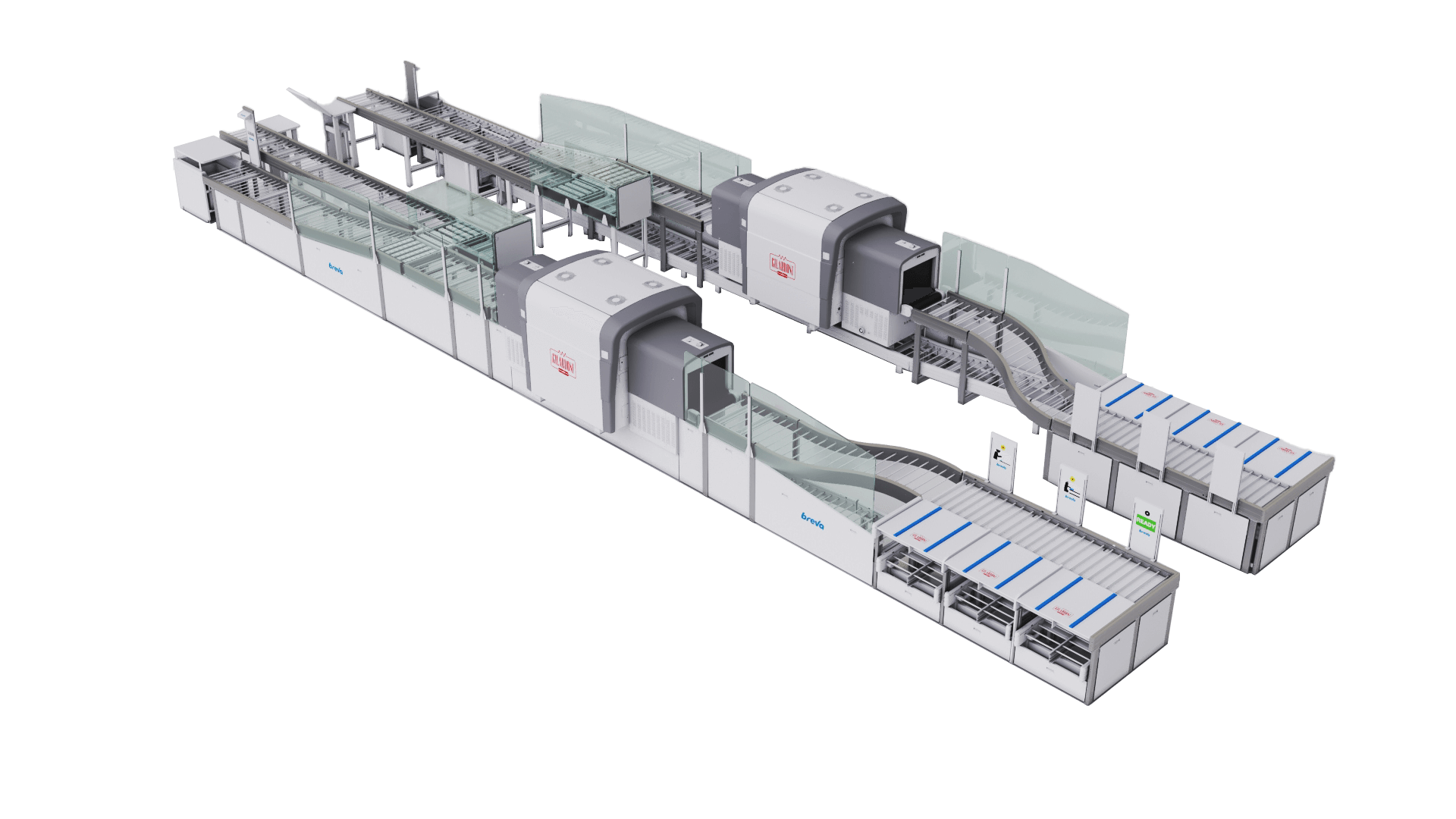 TRS BREVA is a modular system for the automatic handling of trays, with a unique design, developed with the idea of revolutionizing security controls in airports to cope with the growing flow of passengers with the aim of reducing times, keeping the highest standards of quality and reliability.

Gilardoni has developed an extremely innovative system capable of tracing the trays, their content and their owners, as well as reading the QR Code of the ticket.

BREVA transports the trays, identified and associated with the passenger’s data thanks to a sophisticated RFID system , to the X-ray scanner that checks their contents, diverting the trays containing suspicious baggage to the manual control re-check station. 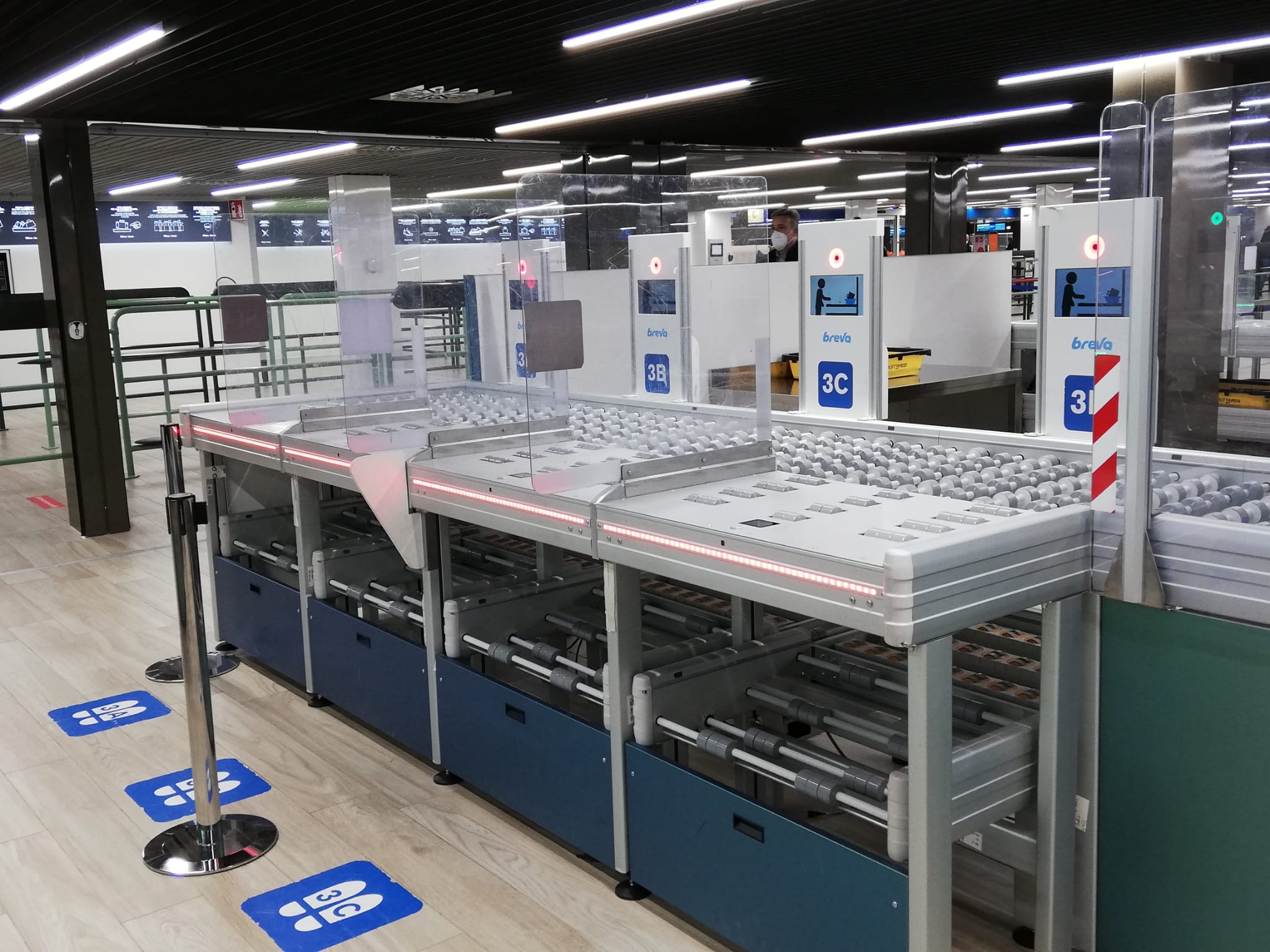 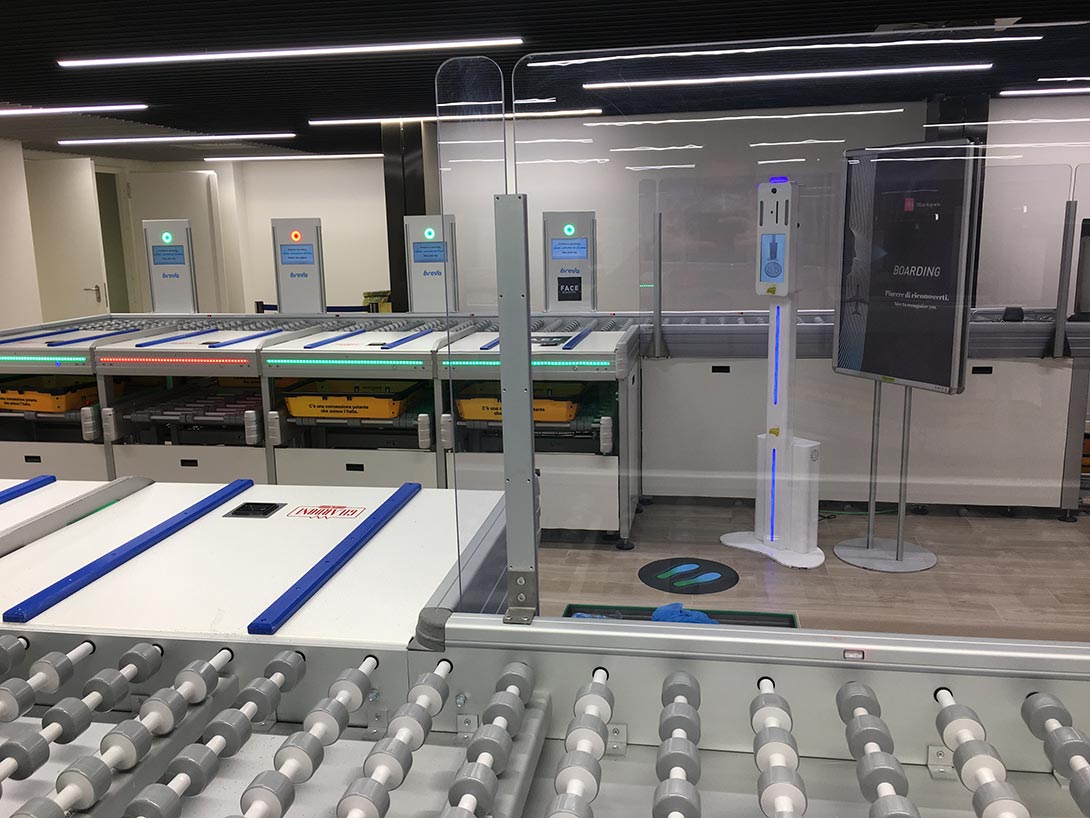 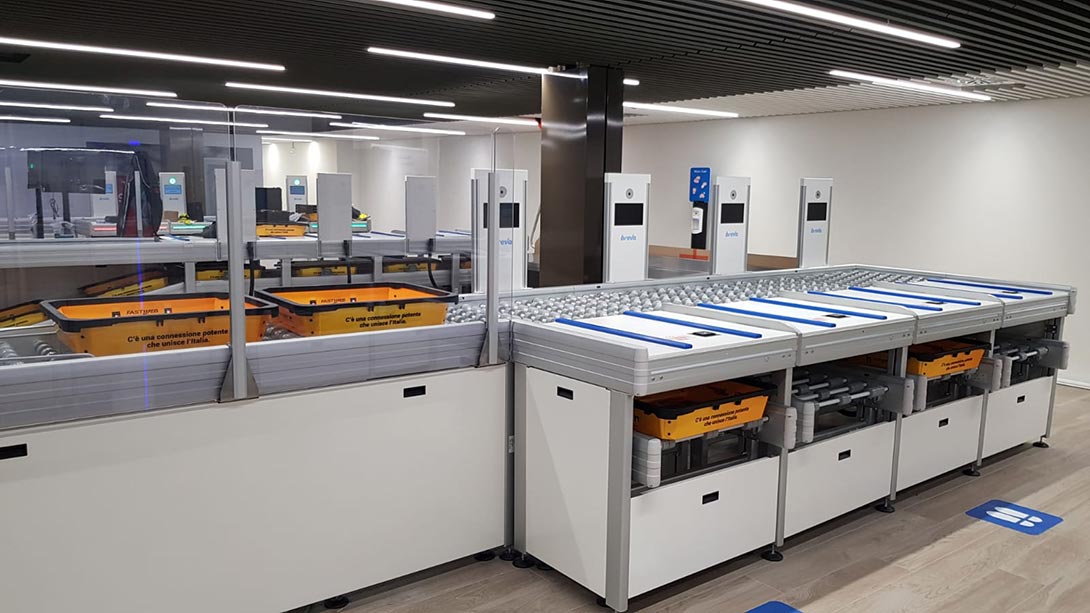