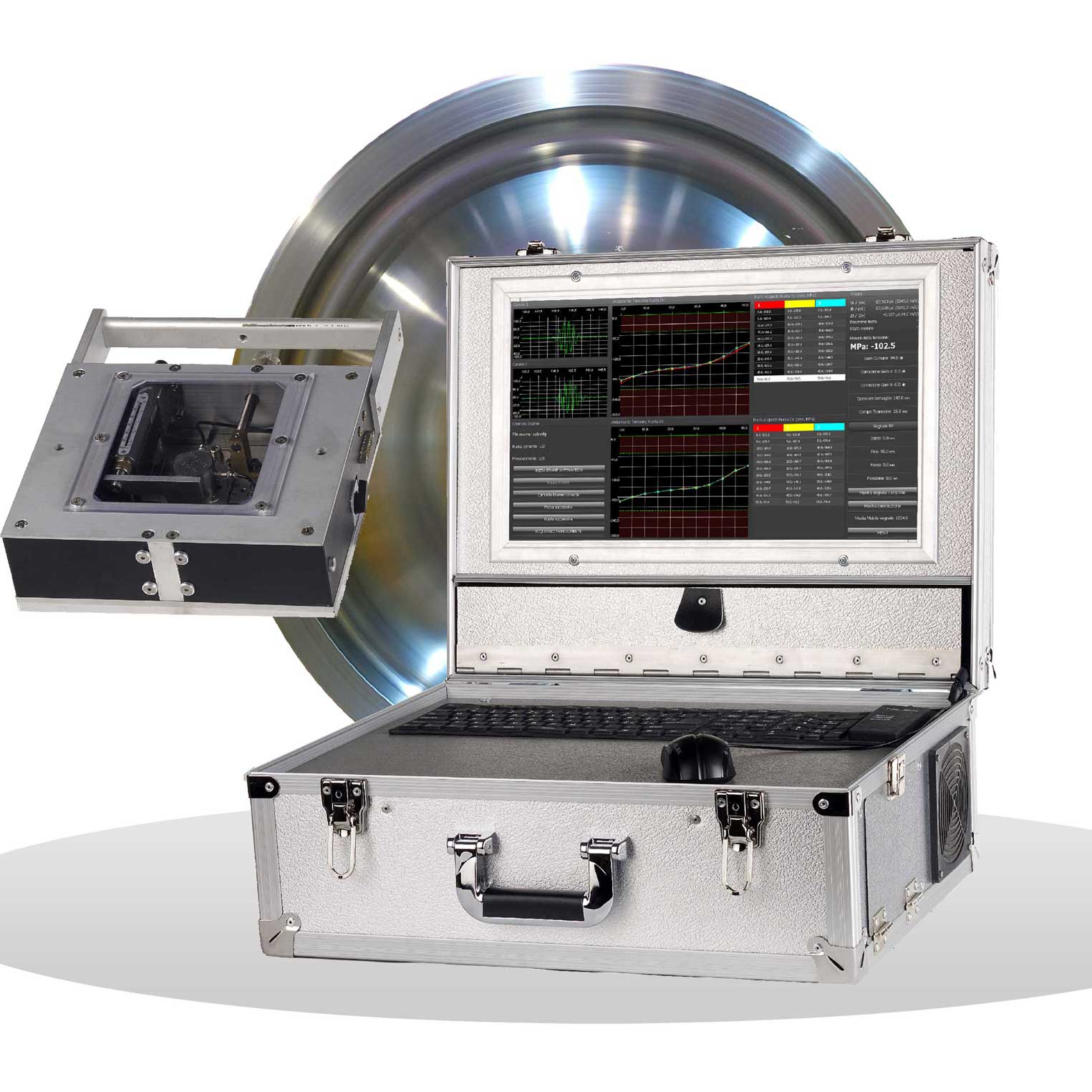 RDG4000 TR is Gilardoni’s solution to measure the internal residual stress in the railway wheels by means of “acoustic birefringence”. In fact this measure shows how transmission velocity of ultrasonic waves is subject to the different stress status of tested wheels sections.

The device makes use of EMAT probe, that has the advantage of working without cloupling liquid.
The EMAT probe makes as standard two equal transducers that are disposed to produce transversal waves with linear polarization in two perpendicular planes, so that transmission directions are:

The acoustic birefringence is measured, for each transducer, by time of flight related to first back wall
echo. For each test point, is measured the average of circumferential stress beside crown wheel depth.
The EMAT probe can be scanned along the radial direction by means of a mechanical holder which can be easily placed on the wheel and locked to it with two magnets; scanning allows to collect data from different points located along the radial scanning. The probe holder scanning is managed by a SW program running in the same PC. The residual stress is measured according to the velocity variation (if any) of the shear wave velocity in the two different reference planes. If the velocity variation is negligible, the residual stress is approximately insignificant. If the velocity variation is not negligible, it means that there is a stress condition and it could be measured by means the acousticelastic coefficient. 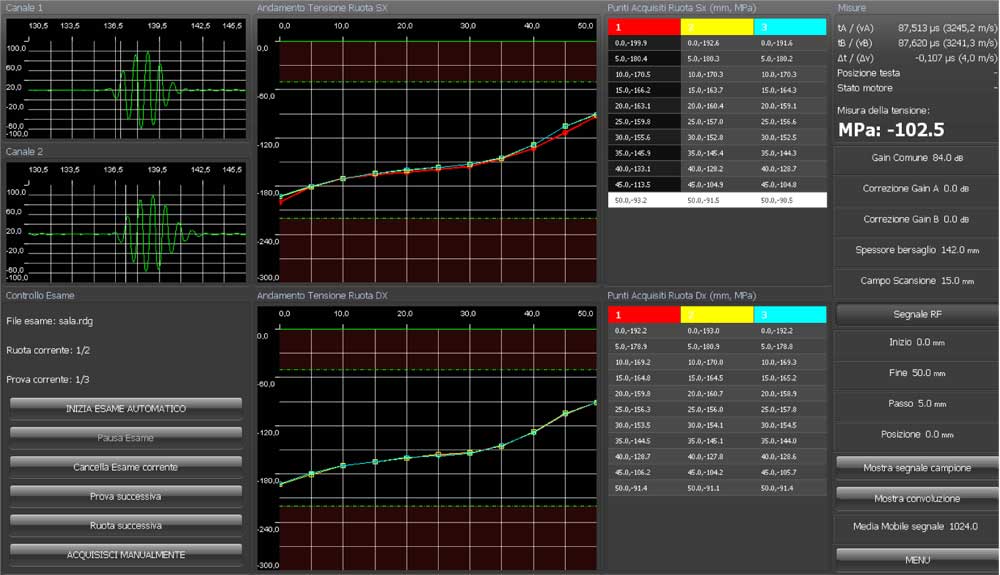